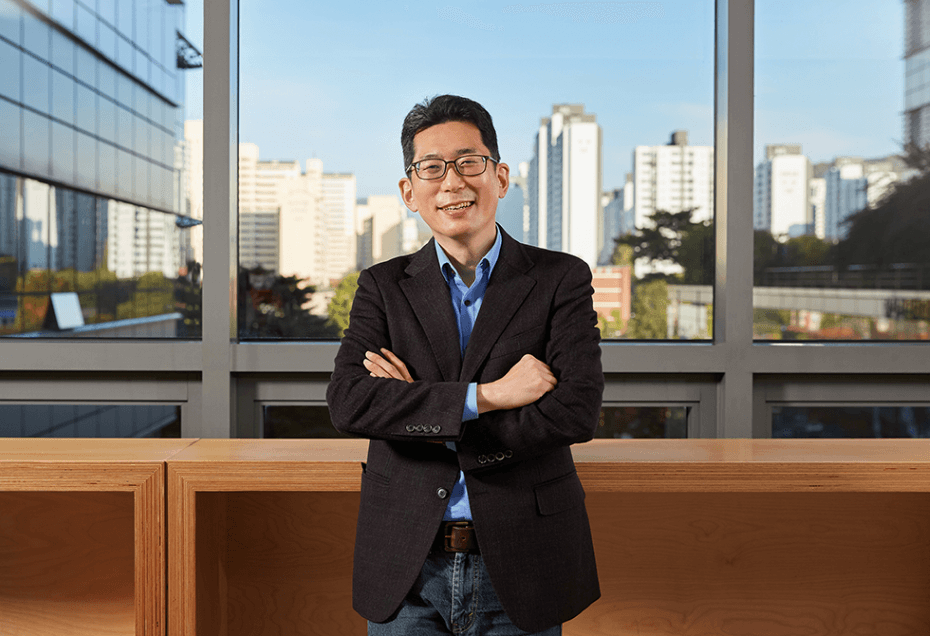 Interview with Young-Han Kim, CEO of Gauss Labs: “To Overcome Challenges in Manufacturing Industry through AI”

Artificial intelligence (AI), which has been compared to the “electricity of the 21st century”, is being quickly integrated into many different fields and presenting a new paradigm in our lives, just as electricity revolutionized most industries in the 20th century. Manufacturing is no exception. In particular, the semiconductor sector, with the most complex manufacturing process, is drawing attention as a growing field in which AI can play an active part.

In August 2020, “Gauss Labs Inc.”, a company specializing in industrial AI, was officially launched with its headquarters in Silicon Valley, U.S. SK hynix plans to invest its initial capital of USD 55 million until 2022. Gauss Labs is the first independent corporation from SK Group that focuses on AI — and reflects SK Group’s resolution to create its future value through AI.

The first task of Gauss Labs is to develop AI solutions to tackle the challenges in semiconductor manufacturing and to enhance production efficiency at SK hynix. What kind of future awaits SK hynix with these AI solutions of Gauss Labs? The SK hynix newsroom team met Young-Han Kim, CEO of Gauss Labs to talk about it in detail.

SK’s Deep Change through AI, the Birth of “Gauss Labs”

“We should utilize innovative technologies such as AI and digital transformation (DT) to create social value, expand our market, and help our customers pursue happiness,” said Mr. Tae-won Chey, the Chairman of SK Group at SK Icheon Forum in August last year. He also emphasized his will to accelerate SK’s “Deep Change” through technological advances such as AI by saying, “If we fail to utilize innovative technologies, we cannot guarantee the future of SK.”

As AI emerged as one of the major focal points, SK Group has evaluated the possibility of establishing an independent entity specializing in AI since last year. The Group decided to make its very first move in semiconductor manufacturing, which plays a significant role on global economy in general and Korean economy in particular. With soaring manufacturing complexity from continued technology migration, cutting-edge semiconductor industry can benefit from applying AI in overall chip processing.

“SK hynix has recently signed an agreement to acquire Intel’s NAND memory and storage business, and is preparing to establish a large-scale semiconductor cluster in Yongin, South Korea. This suggests that the semiconductor business portfolio, which already accounts for a large portion of SK Group’s business, is continuously expanding. In line with this, Gauss Labs’ first mission is directed toward innovating the semiconductor manufacturing field so to respond to global market changes proactively and secure a high level of competitiveness.”

The technical challenges SK hynix is facing also influenced this decision. At the moment, the semiconductor industry around the world is facing the limitations of technology migration. Many semiconductor companies are investing in technology development to realize advanced technology that can engrave fine circuits in a small area, while struggling to improve profitability by enhancing cost competitiveness. To maximize efficiency in all these fields, the industry formed a consensus that innovative technologies such as AI should be introduced to semiconductor manufacturing processes.

“Semiconductor industry is often called “the pinnacle of precise manufacturing”. When manufacturing DRAM or NAND Flash chips, 600 to 700 process steps have to be executed, which take longer than 90 days and incur various difficult challenges. Addressing these problems, I believe, will have a great impact on the broader manufacturing industry. This is why the semiconductor sector is particularly attractive in the industrial AI field.”

AI Solutions: A Breakthrough in Overcoming the Limitations of Semiconductor Technology Migration

Gauss Labs aims to revolutionize semiconductor manufacturing by utilizing an enormous amount of data generated in the field and developing AI solutions that can maximize production efficiency. As the initial stage of this endeavor, Gauss Labs has been collaborating with the AI/DT Solution Development Team and Data Architecture Team in SK hynix’s Manufacturing Technology Division since April this year to identify major problems in the field.

Semiconductor manufacturing consists of hundreds of complex processes. To secure profitability, it is essential to improve the yield by reducing the variation in the process outcomes. To achieve this, Gauss Labs plans to make the overall semiconductor manufacturing process smarter in five thematic areas: process control, equipment maintenance, yield management, scheduling, and metrology (measurement) and inspection.

“AI technology can also contribute to monitoring tasks, which are growing in importance as semiconductor manufacture is becoming more and more precise. Some defects on wafers that are difficult to detect with the human eyes can be easily identified by computer vision algorithms.”

The five areas set by Gauss Labs are expected to become the standards in the process of establishing a “Smart Fab” at SK hynix in the future. Regarding this, CEO Kim said, “Various divisions within the Company such as Manufacturing Technology, R&D, and Digital Transformation (DT) are working together to chart the future of SK hynix as an intelligent company. There are still many hurdles in breaking the limitations of technology migration and securing a high level of competitiveness, but overcoming these hurdles is exactly what Gauss Labs is built to accomplish.”

“To Become No.1 in the Industrial AI Field”

One of the most important missions for Gauss Labs, which has just taken its first step, to survive and thrive in the competitive market, is securing top talents in AI. Gauss Labs is planning to recruit around 20 global AI experts by the end of this year, with the goal of growing the company with 200 some scientists and engineers by 2025 at its U.S. headquarters and Korean office.

“Gauss Labs will treat best players with the highest level of compensations they deserve. But more importantly, Gauss Labs will present them with exciting challenges their brains deserve. We believe that AI talents we are looking for have a common spirit of asking hard questions with great curiosity and discovering novel answers on their own. Semiconductor manufacturing has no shortage of difficult problems, and successful solutions have tremendous economic impacts — in a billion-dollar scale. But most importantly, working together as a team on worthwhile challenges is an invaluable opportunity for each and every one of us to grow. Gauss Labs guarantees all of these and more.”

AI services have prevailed mainly in business-to-consumer (B2C) areas until recently, but now the importance of AI is surging in business-to-business (B2B) areas including manufacturing industry. Amid this trend, Gauss Labs is drawing a big picture of becoming an AI-specialized company that encompasses SK’s manufacturing affiliates and global manufacturing companies by expanding its business with SK hynix continuously. Gauss Labs also expects that someday there will be an opportunity for an initial public offering (IPO) in the global market if its plans and goals are achieved one by one.

“The ultimate goal of Gauss Labs is to become the No. 1 company in industrial AI. IPO will be an important milestone. As our motto says, we will march on to ‘normalize AI’ in every industry.”